In an attempt to reawaken my past love of blogging (aka using it as motivation to make stuff), I need to get up to date. Finally, here is documentation of what I did at Bass Coast Music Festival, an embarrassingly, almost 6 months ago. Oopsy.

MAIN STAGE 2015
Main stage this past summer was composed of three different installations: giant wooden tentacles that also spread over other parts of the festival grounds, an ornate DJ booth, and something like 12 000 streamers. I was in charge of the streamers. It was the vision of Bass Coast creator, Liz Thomson, and I made it happen. It was a pretty intimidating, challenging, and tedious project but it was very worth it. It turned out so amazing. They ended up very much looking like a giant breathing sea anemone. The ''tentacles'' all blew in the wind in unison and gave the audience and people on stage a pretty immersive experience plus it doubled as a huge moving, fragmented projection screen. There were 15 lines of streamers on the stage gradating from a wall of 16 feet streamers in the back to 9 foot ones in the front. Then over the crowd were 24 lines of 9 foot streamers. I had the help of lots of really great volunteers and the lovely Liv Lund, who was an invaluable help despite her ankle injury. The following photos I stole from official event photographers' documentation because I knew my photos wouldn't make it look as epic. 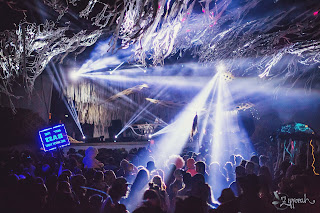 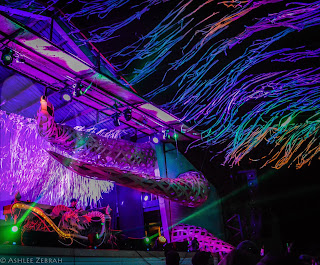 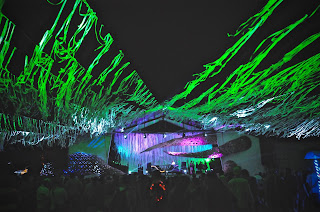 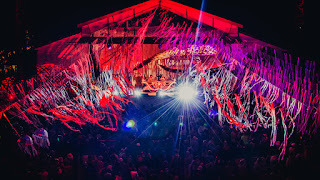 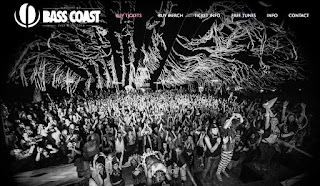 Here's a youtube video of part of Justin Martin's set if you want to see them move:


Some set up shots: 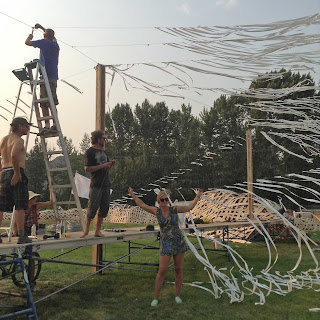 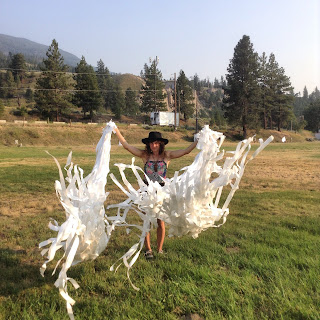 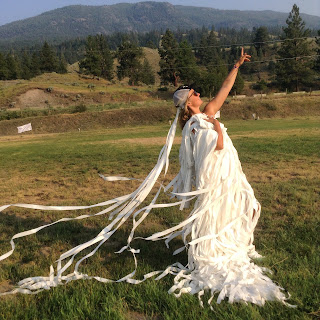 I also got an art grant to bring my ceramic birds that I made in Mexico to Bass Coast. They hung out in my suitcase for all of tree planting, survived a plane ride, a flood in my tent, and traveling in my car. During the installation, surprisingly, only one got stolen and one broken. It was really hard to document so you have to use these photos and the documentation of my project in Mexico City and combine them in your brain to get the idea of it. See here if you want to know more about it. Liv helped me set up and came up with the brilliant idea of making the twig lamp shade. 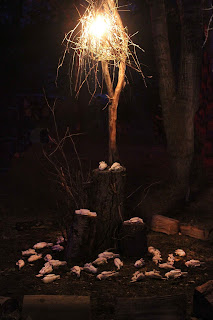 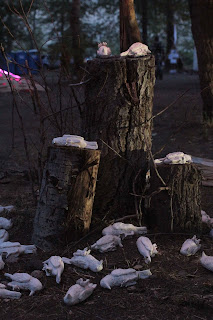 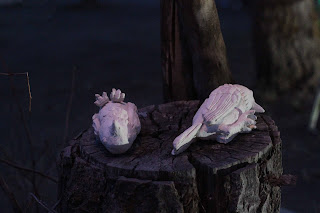 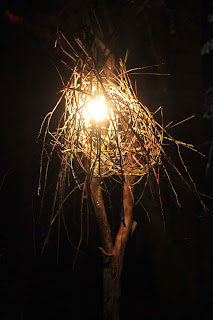 STUFF ON STICKS:
New festival tradition. I made friends for the pickle: rainbow unicorn, turd and Green Peaks Party Bear. 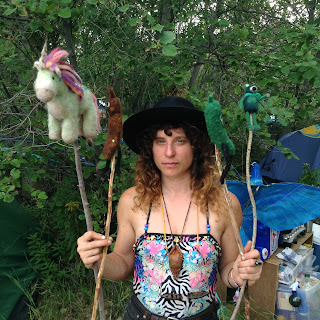 Here is some documentation of the last time I will ever cherry pick. Cherry pickers are really next level up from tree planters on the disgusting scale. 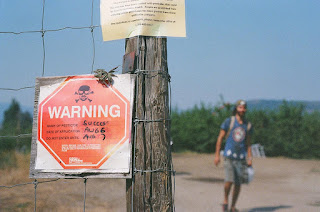 It reads "This site may have been treated with pesticides that could be harmful to human health. People are prohibited from entering unless permission has been granted from those within the company.'' Pretty sure we were in there the 7th. 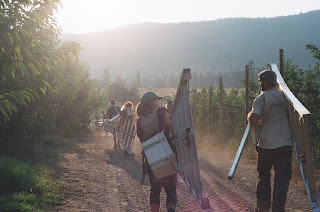 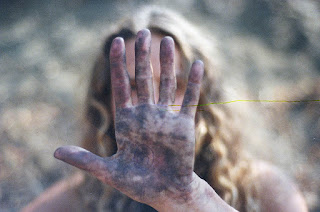 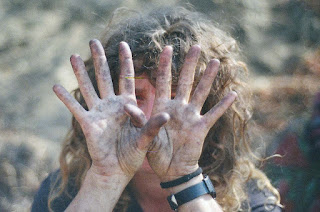 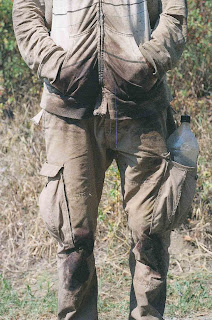 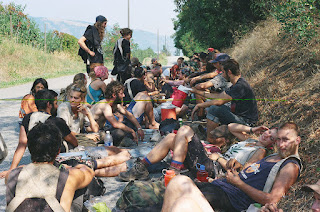 PASSED OUT PICKERS
Anthropological studies on cherry picker sleeping and living quarters as well as insight on diet.
Please note the poor tree planting picker, that has lost so much hope, he doesn't even care that his blue flagging tape is out in the open. 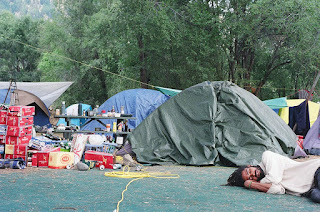 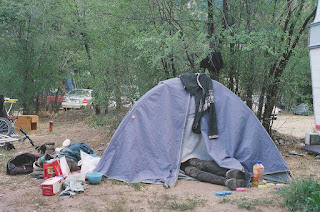 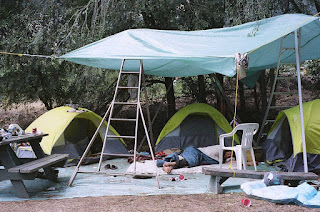 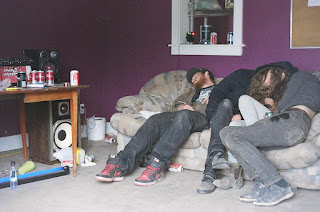 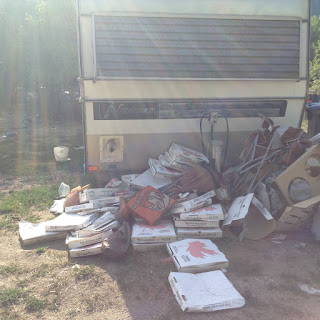